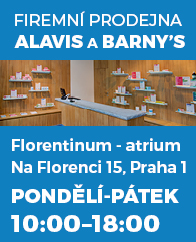 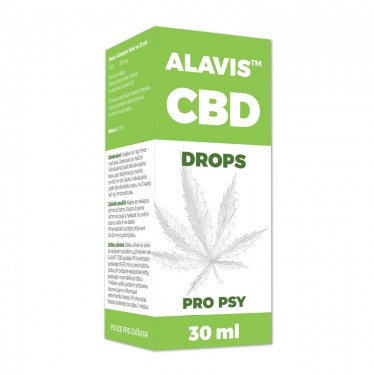 CAN BE OBTAINED ONLY FROM CERTIFIED VETERINARIANS!

Alavis™ CBD may at the same time be helpful during the ongoing treatment of epilepsy, in travel motion sickness against vomiting and sickness, against stress and nervousness and pain and inflammation.

ALAVIS™ CBD may be helpful:

This veterinary preparation is approved by the Institute for State Control of Veterinary Biologicals under ref. no.  068-20/C.

Cannabidiol (CBD) is one of the naturally occurring cannabinoids found in cannabis plants. The individual cannabinoids are divided into 11 sub-groups based on similarity in the chemical structure. The entire mix of cannabinoids, or phytocannabinoids, represents an important groups of metabolites with a significant biological activity in many spheres. One of the substantial cannabinoids on this large scale of chemical structures is simply CBD, or cannabidiol, the effects of which are in many aspects contrary to THC, and, in addition, it features other specific characteristics. Thanks to isolation and characterisation of phytocannabinoids, the endocannabinoid system (ES) was discovered in 1988 with the receptor marked CB1, i.e. cannabinoid receptor 1. It was first discovered in the central nervous system, but later researches basically extended its location in all body parts. Distribution of CB1 receptors is then only responsible for effects only in the points of localization. In 1993, the second CB2 receptor type was discovered, particularly within the immune cells and later also in the central nervous system. Furthermore, existence of CB3 is described where a relation to a number of physiological processes is also presumed. Exogenously administered phytocannabinoids enable the research of cannabinoid (CB) receptors and thereby the revelation of the body’s own substances that act on CB receptors.

The best known effects attributed to cannabidiol are:

Application: Administer the drops directly to the mouth. We recommend opening the lower lip and administering the drops to the inner part of the cheek or gum. In case of motion sickness, apply 30 to 60 minutes before the ride.

Length of use: The length of use depends on the particular issue against which ALAVIS™ CBD is administered. In case of motion sickness, administer 30 to 60 minutes before each drive; in case of support for treatment of epilepsy, administer for a maximum of 1 month; consultation with your veterinarian is suggested before administering the preparation. In case of chronic pain, administer for 1 month.

20 other products in the same category: